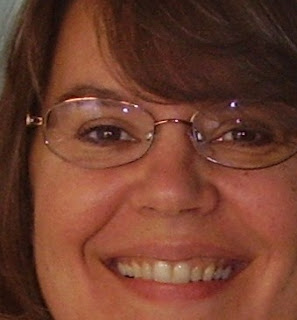 Who are you, and what do you do for a living?

My name is Jenifer and I edit quilting books for The Kansas City Star. My authors include Bonnie Hunter, Betsy Chuchian, Deb Rowden and even Barbara Brackman among others. I have also authored three books for The Star: Grapefruit Juice and Sugar, The Circuit Rider’s Quilt and my new book out in September, Quilt Retro, which is my first Modern book.

When did you first start sewing or quilting? How did you learn?

My mom attempted to teach me to sew as a child, but I was too much of a tomboy to sit still long enough to learn. I did get into cross stitching in college and in 1993, I was in a cross stitch shop that had quilting supplies. They were offering a beginning class, so I signed up. Not sure why. I made a wall hanging and never looked back! I’ve been in love ever since!

What is your favorite part of quilting, or favorite type of work to do? (hand work, machine quilting, designing, etc.)

I love and am known for my invisible zigzag appliqué. I also like picking out fabrics. I love working with brighter colors and thinking about what colors “go” with each other – even if they don’t seem like they should! And I dye fabrics when I can’t find what I want commercially.

What do you consider to be your quilting “style”?

I have been traditional since my beginnings, but from early on I have been doodling with designs that we would now call Modern. I never was brave enough to put them to fabric because they were so “out there”. That’s what drew me to Modern and this guild – the freedom to do what I’ve always wanted to do without fear of people “not liking it.” Or it could be age. Maybe I’m just old enough to realize that if I don’t do it to please myself, what am I doing it for?

How would you define “Modern Quilting”?

That’s a tough question – and a conversation that I typically avoid because I just don’t know and I don’t feel qualified to help identify it. I guess to me it’s like pornography: I can’t define it but I know it when I see it!
What is the thing you’ve made that you’re most proud of?

I made a quilt a few years back that I entered into the AQS show in Nashville. It was part of an Abraham Lincoln exhibit. It didn’t win, but it was seen by Klaudeen Hansen the author of Quilt Art Engagement Calendar. She called me from the show and asked if she could put it in the 2010 calendar. That was a thrill! That quilt also won first place for appliqué at the Missouri State Fair in 2009. And it has hung in two museums as part of Abraham Lincoln themed quilt exhibits. It’s had a more exciting life than me!

What is the thing you have made that you are most embarrassed by?

Oh there’s too many to count! One time I washed a top in the washing machine before it was quilted. Needless to say it is ruined. Another time I cut all the seam allowances off about 9 appliqué blocks before I realized what I had done. Again, they are in a box somewhere – too pretty to throw out, but not usable! But I’m sure my most embarrassing mistake is still ahead of me!

What is the most valuable lesson you have learned from quilting?

Done is better than perfect. Quilting friends are the best friends. Follow your bliss. Be brave!